This weekend we went on a road trip to Chicago. I passed the time during the 6 hour car ride adding hand stitching to a quilt. When we got to Chicago we saw Refused and Off, which was an amazing show! Then the rest of the weekend consisted of walking, eating, shopping & hanging out with some awesome pups! Huge thanks to Kate for letting us stay at her apartment! 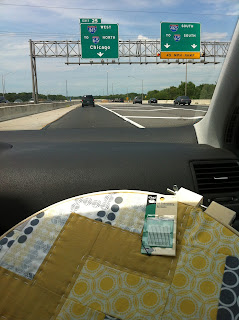 (We stopped in at a Whole Foods in Indy for lunch. About a half hour before I got there, I dropped the one and only needle I had been using on this quilt. So, we had to make an emergency stop before we got back on the freeway to find some more needles.) 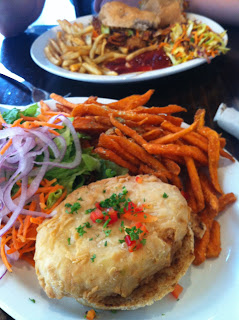 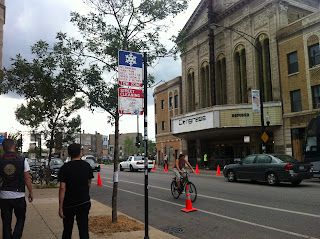 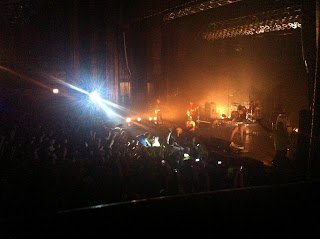 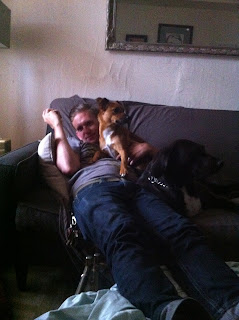 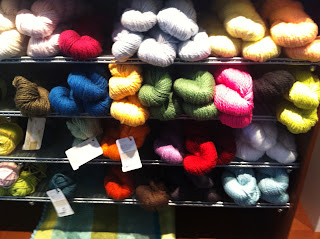 (I found some great Cotton Yarn at a store that is walking distance from where Kate lives. It's called Nina.) 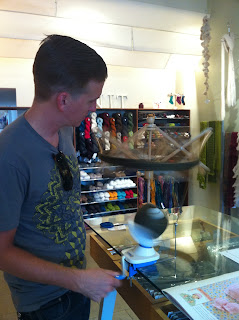 (Hunter was spinning some yarn I purchased into a ball.) 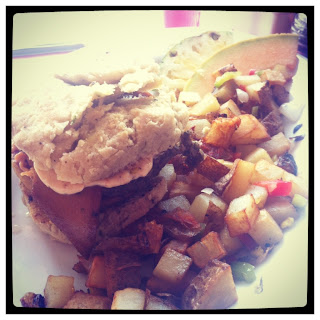 (Friday brunch at Chicago Diner. As always, a great meal. I had the vegan version of the EGG-BISCUIT SAMMY which was: tofu on a country biscuit, with seitan sausage, creole mustard, potato hash with vegan cheese and bacon. We also shared a vegan milkshake, but unfortunately I forgot to take a picture of that.) 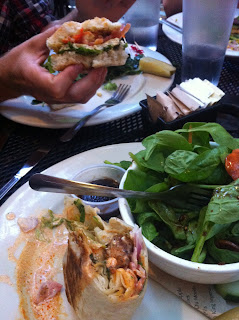 (Friday night dinner at Handlebar. My favorite thing there is the Buffalo 'Chicken' Wrap. It's great! But I totally didn't remember to take a picture until my food was half way gone.) 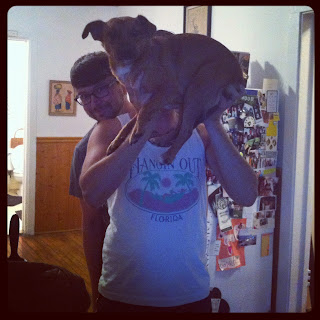 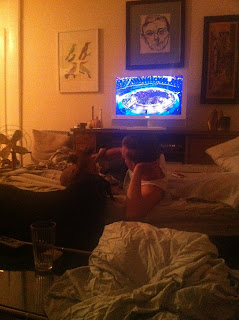 (Friday night after we walked back from dinner, we stayed at Kate's apartment and watched some of the Olympics. I know, we were party animals...) 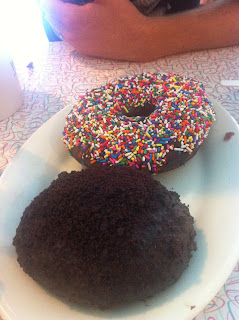 (The next morning we had breakfast at West Town Bakery and Dinner. I guess it  used to be called Bleeding Heart Bakery. Here are two vegan donuts that 4 of us shared.) 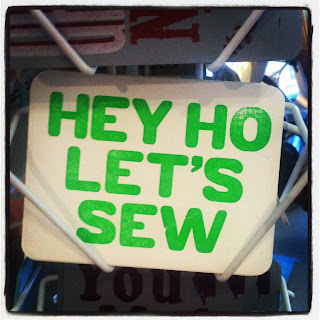 (After breakfast, we stopped at a record store and I spotted this postcard.) 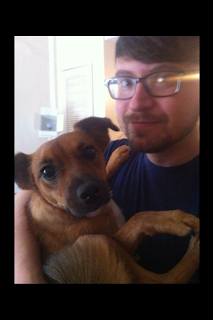 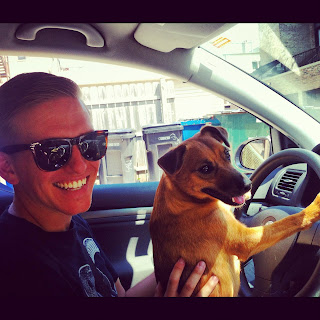 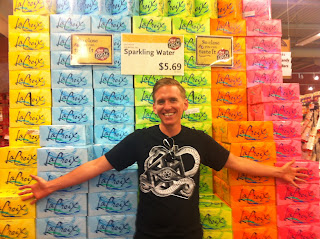 (Hunter at the Whole Foods in Indy)

While I was putting together this post, I realized that I took a million pictures of Oliver and I didn't take any pictures of Kate. I feel like such a failure!

Today I finished the top of this quilt! I suppose it would fall in the chevron or zig zag category. This is the quilt that inspired this project and here is the pattern that I based my quilt off of. 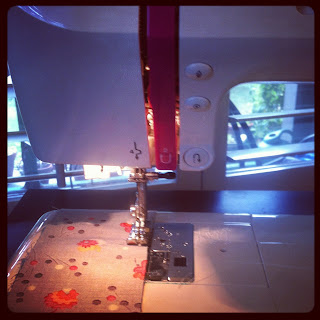 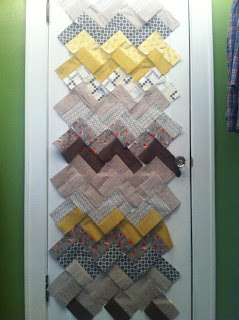 (Most of the rows I ended up sewing) 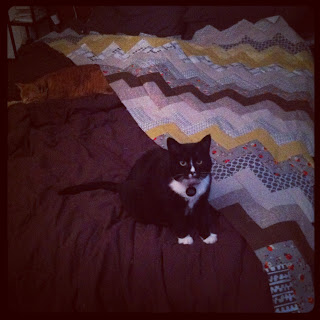 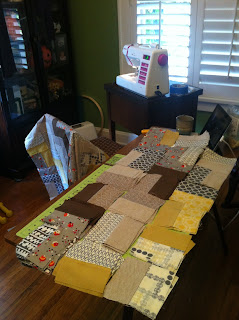 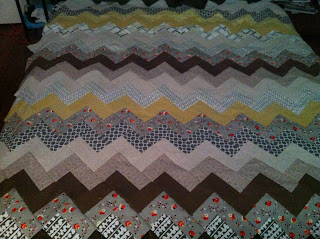 (Finished top layer, which covers most of our queen sized bed)
Posted by Jenny N. Kelly at 5:26 PM 1 comment:

The past few weeks have been very eventful! Friends had a baby, other friends got married & tons of friends were visiting from out of town. Then to top everything off, a huge storm attacked Clintonville and there is a chance we might not have our power turned back for another week. So, I haven't been able to work on my sewing project and it's been a little too hot for me to want to knit. Last weekend I didn't make a dent into all of the crafty projects I wanted to work on. And now I have another top secret project I need to start working on in between both of these projects! FUN! 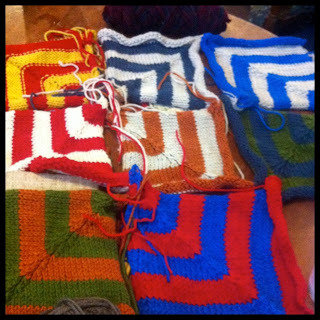 (This is the beginning of a blanket me & Meghan (plus a few other friends) are working on for Walter. Hopefully we'll get this done before he is too big to use it!) 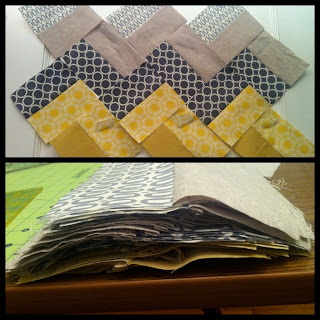 (New quilt I started working, I'll post more details about this later.)
Posted by Jenny N. Kelly at 9:36 AM 1 comment:

7 members
We attack books, then discuss! Our meetings usually take place at 7:00pm on the 3rd Wednesday of...

View this group on Goodreads »